A shop window gradually announces 16 single stations that can be discovered in Eisenbahnstrasse for several weeks. 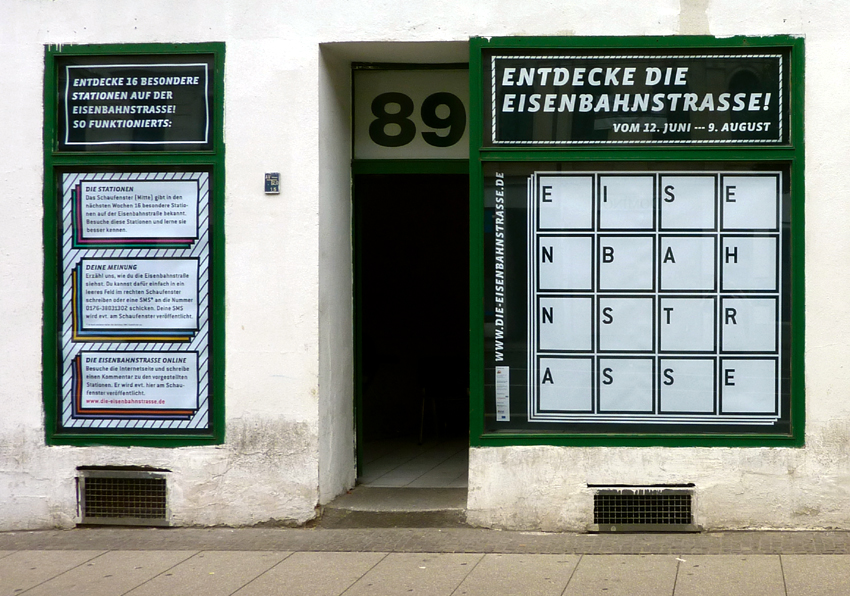 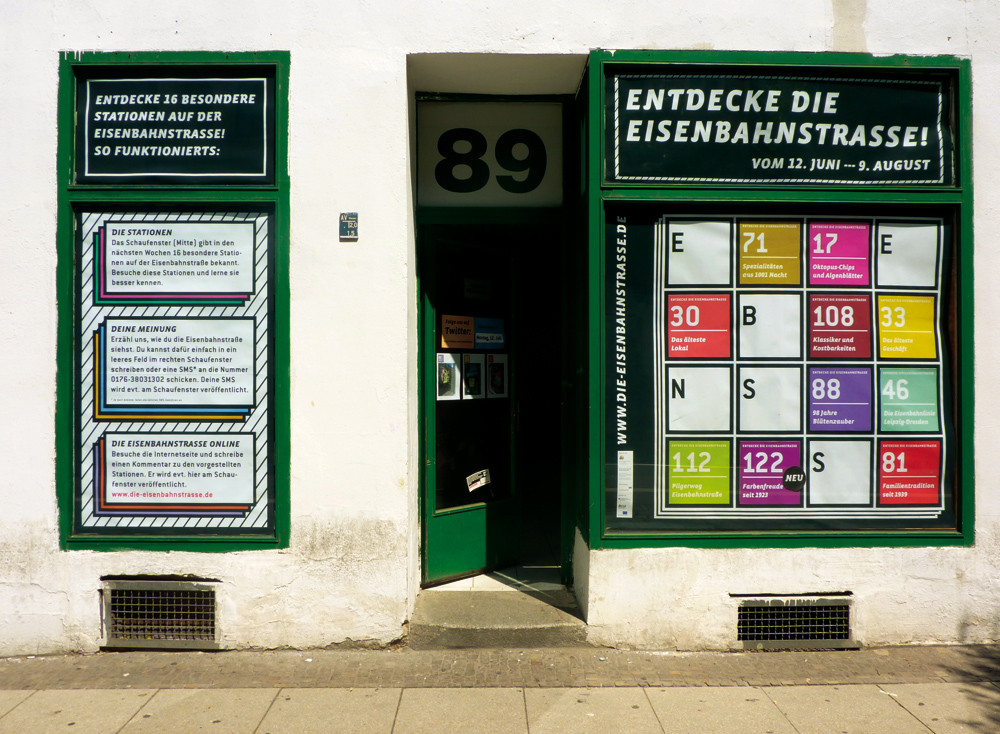 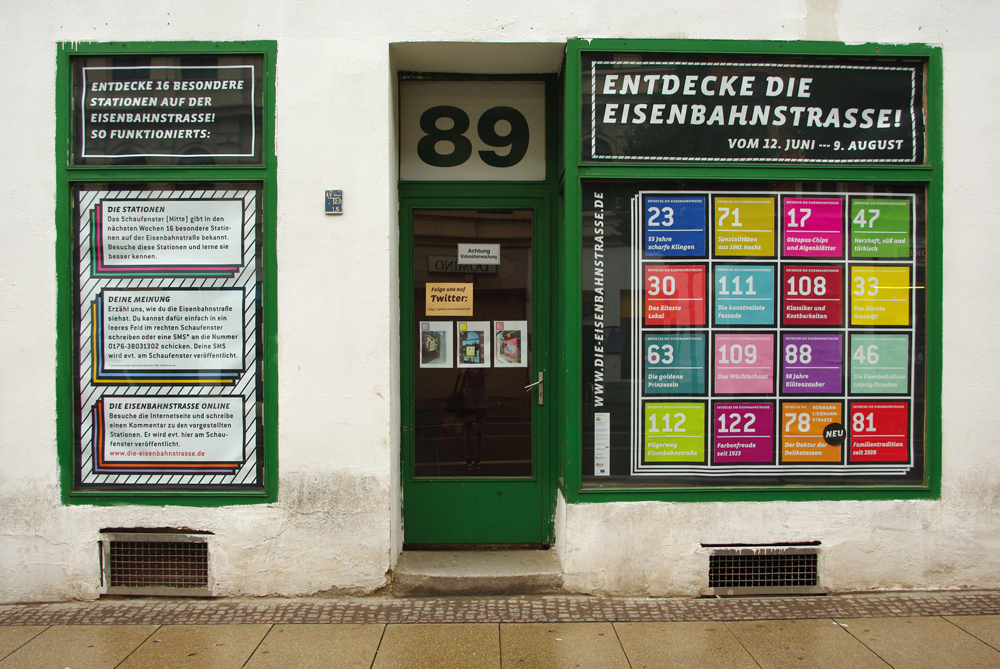 16 lighted show cases were produced to present the 16 stations with individual designs and informations. 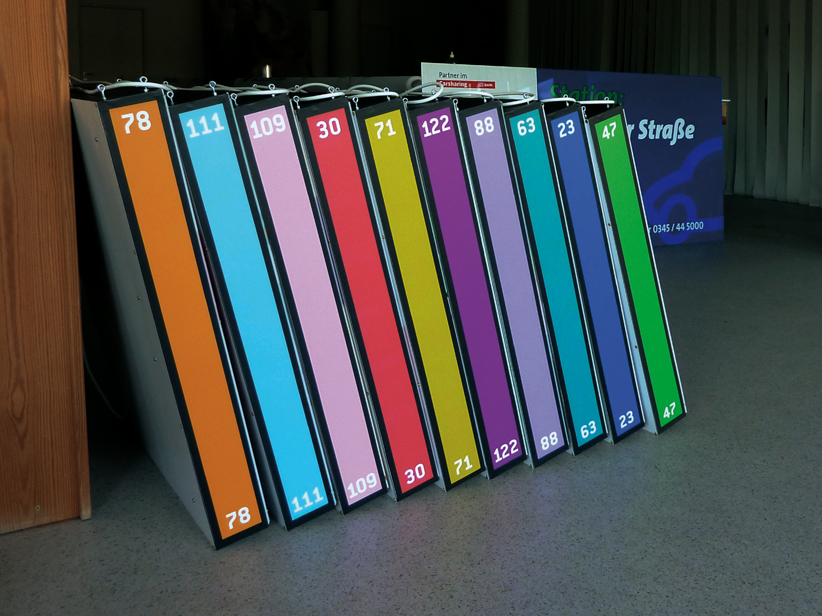 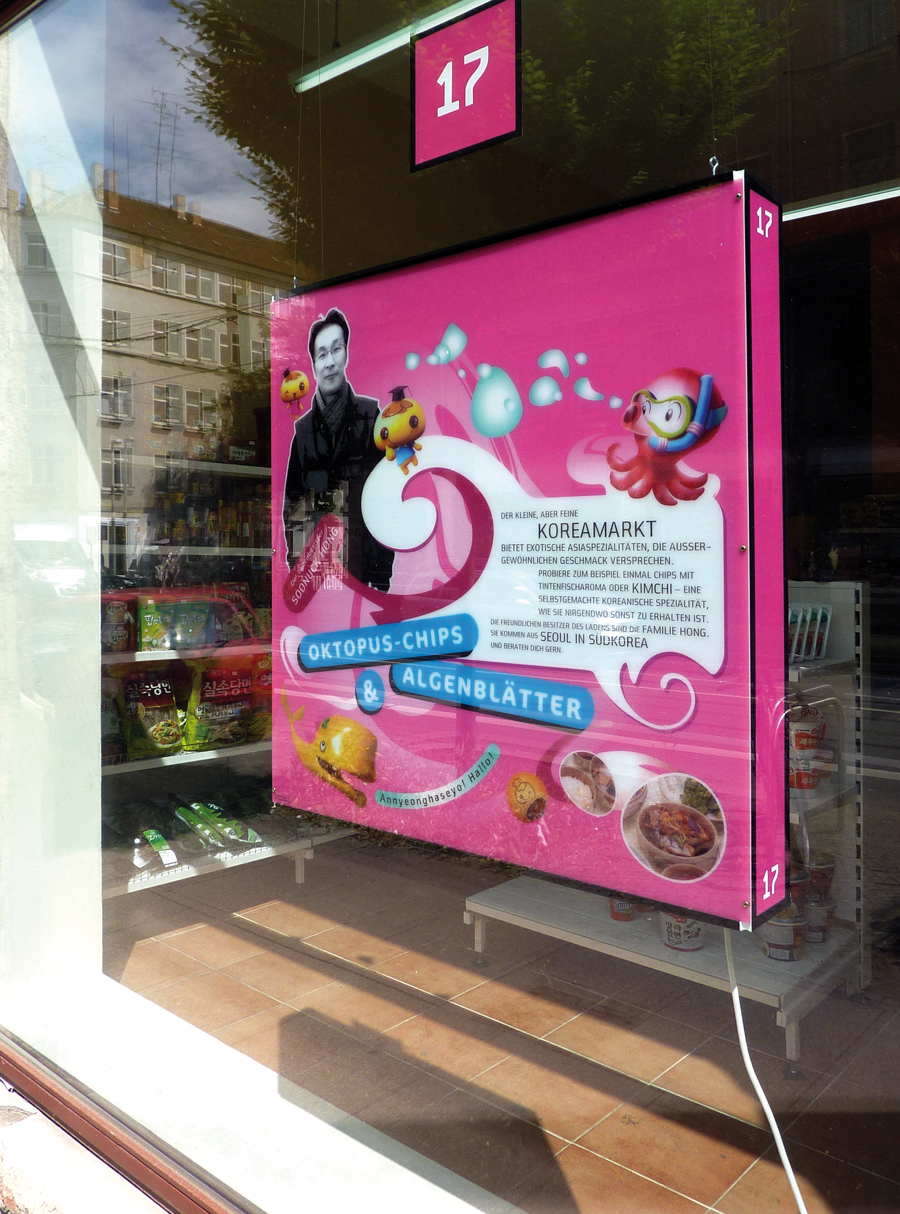 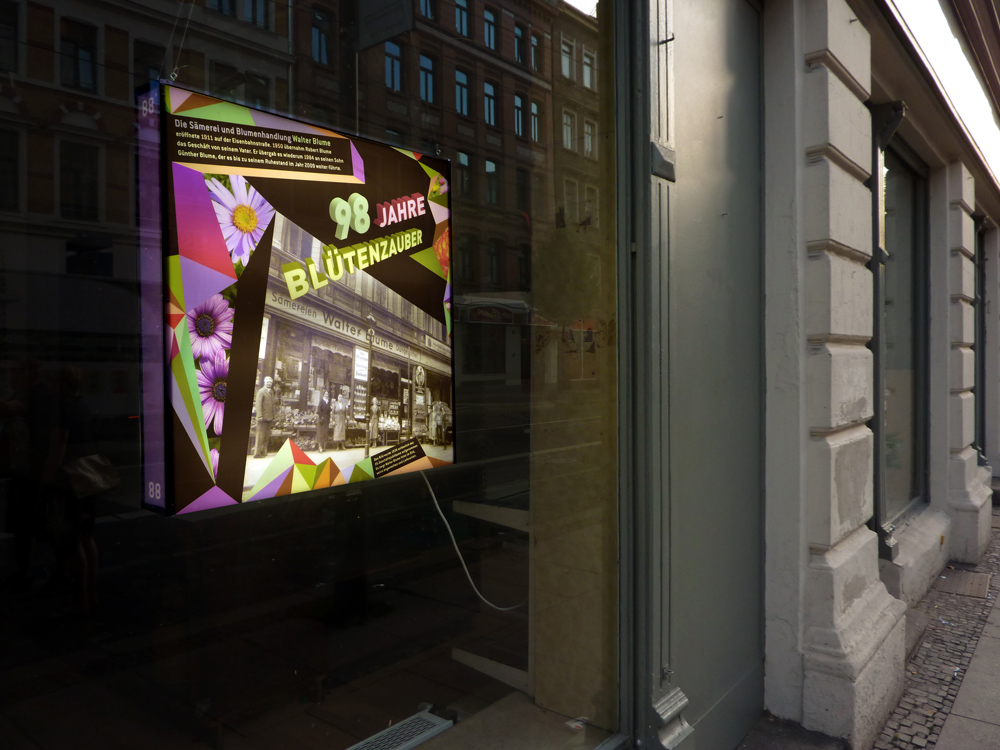 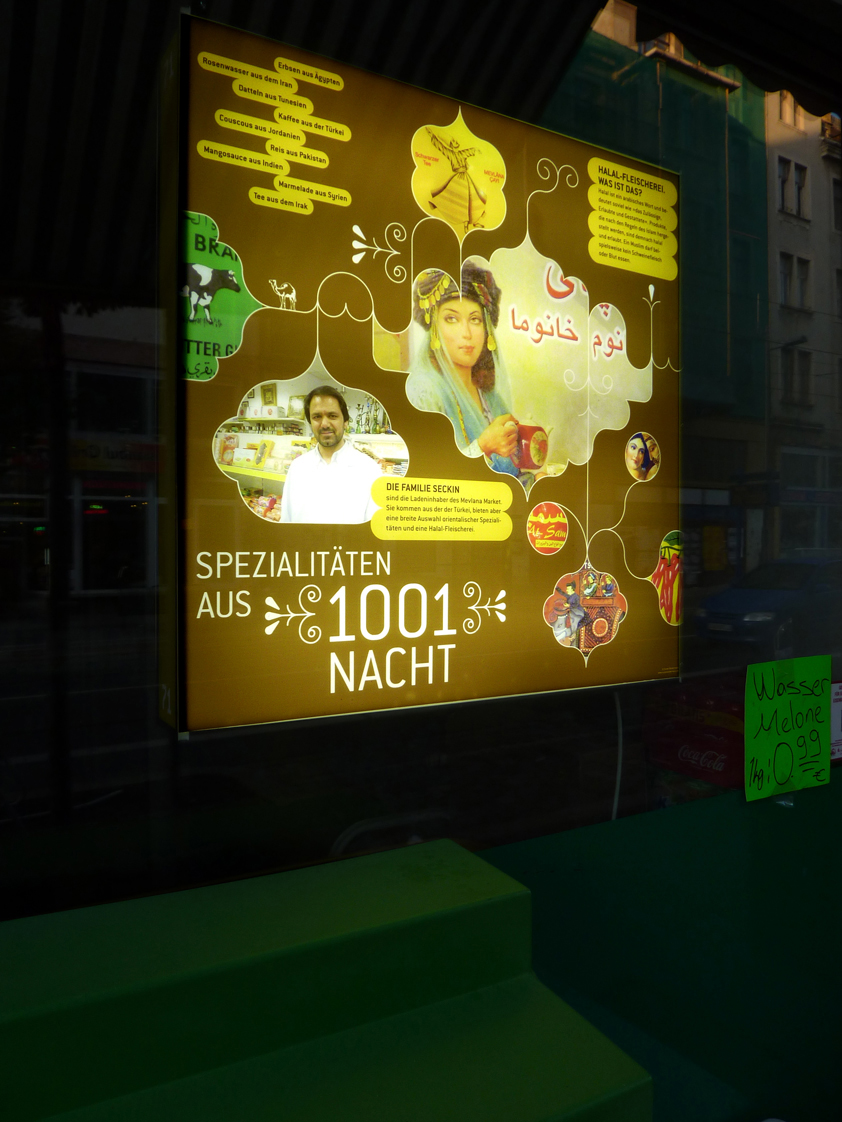 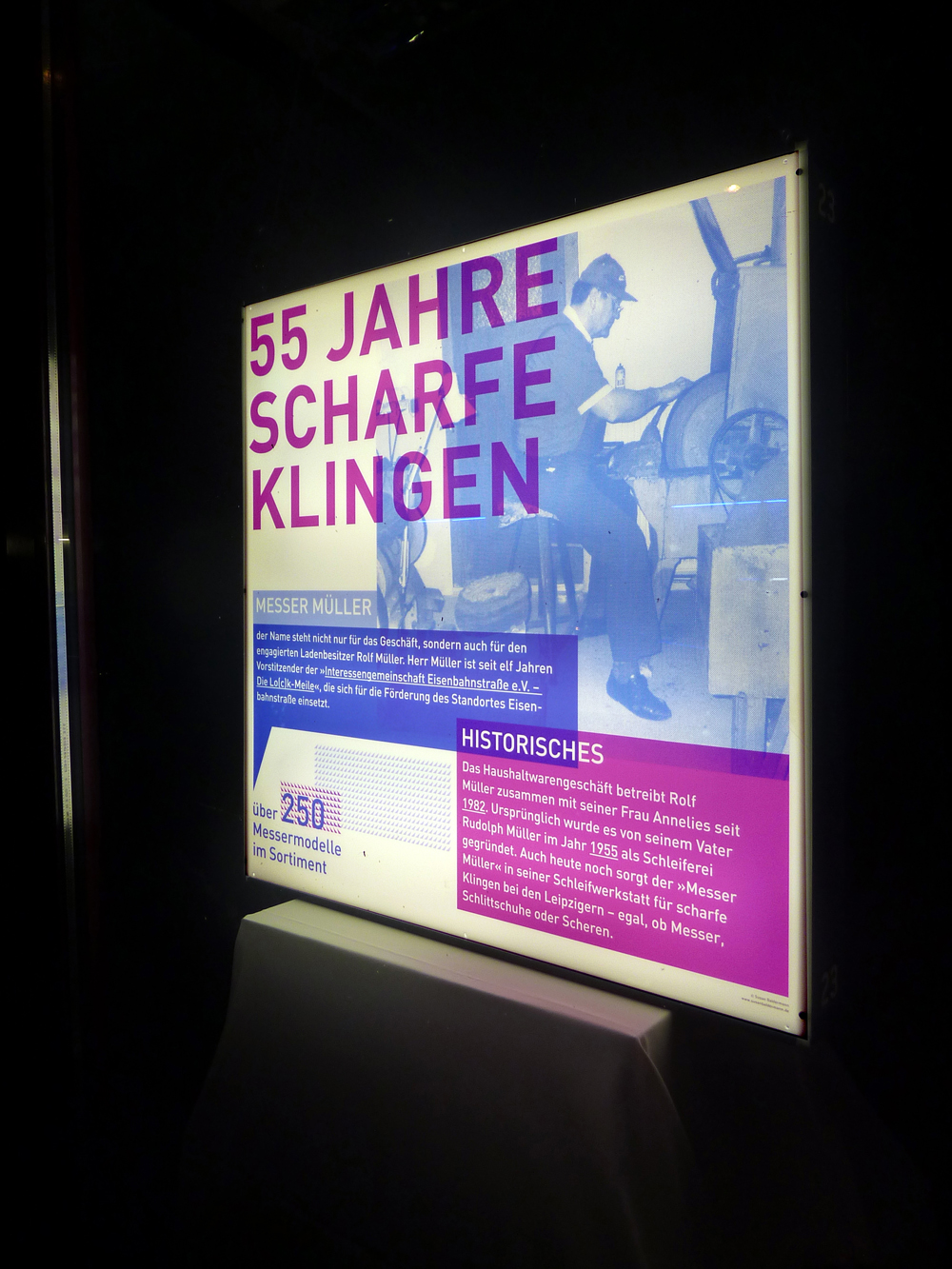 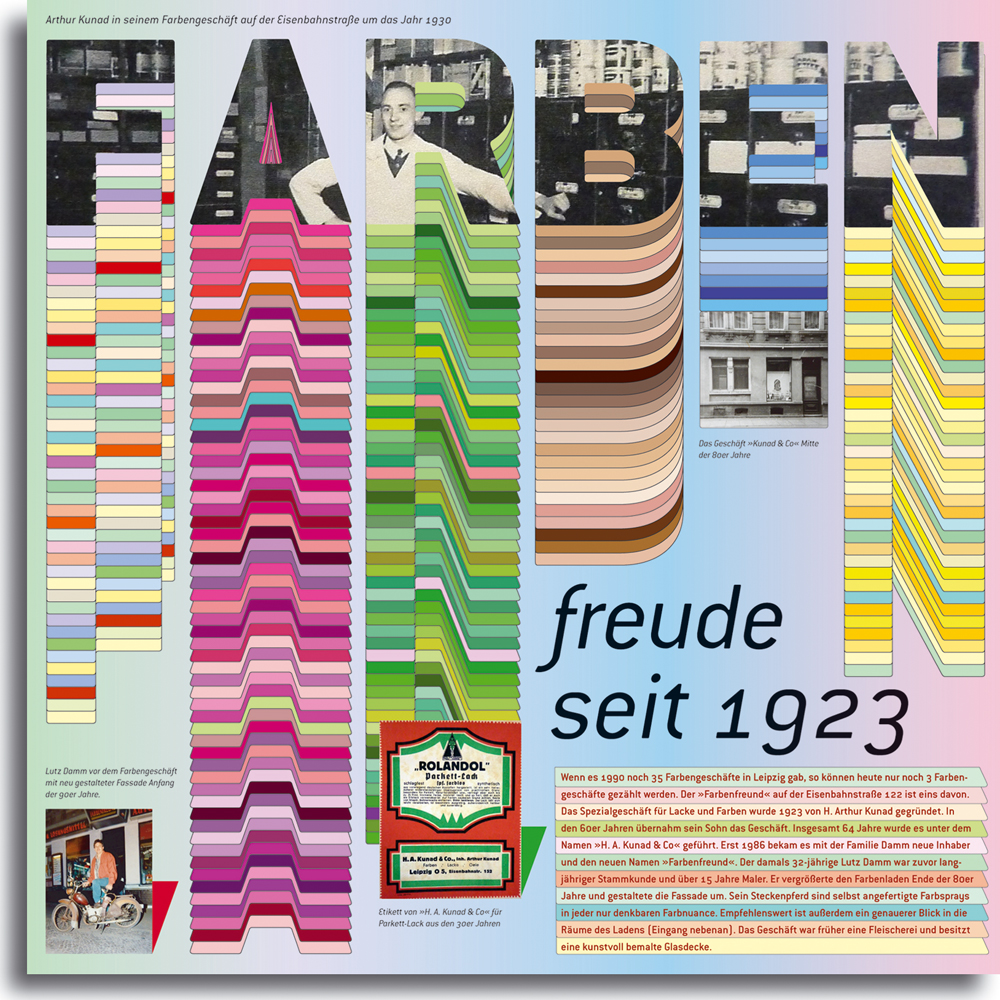 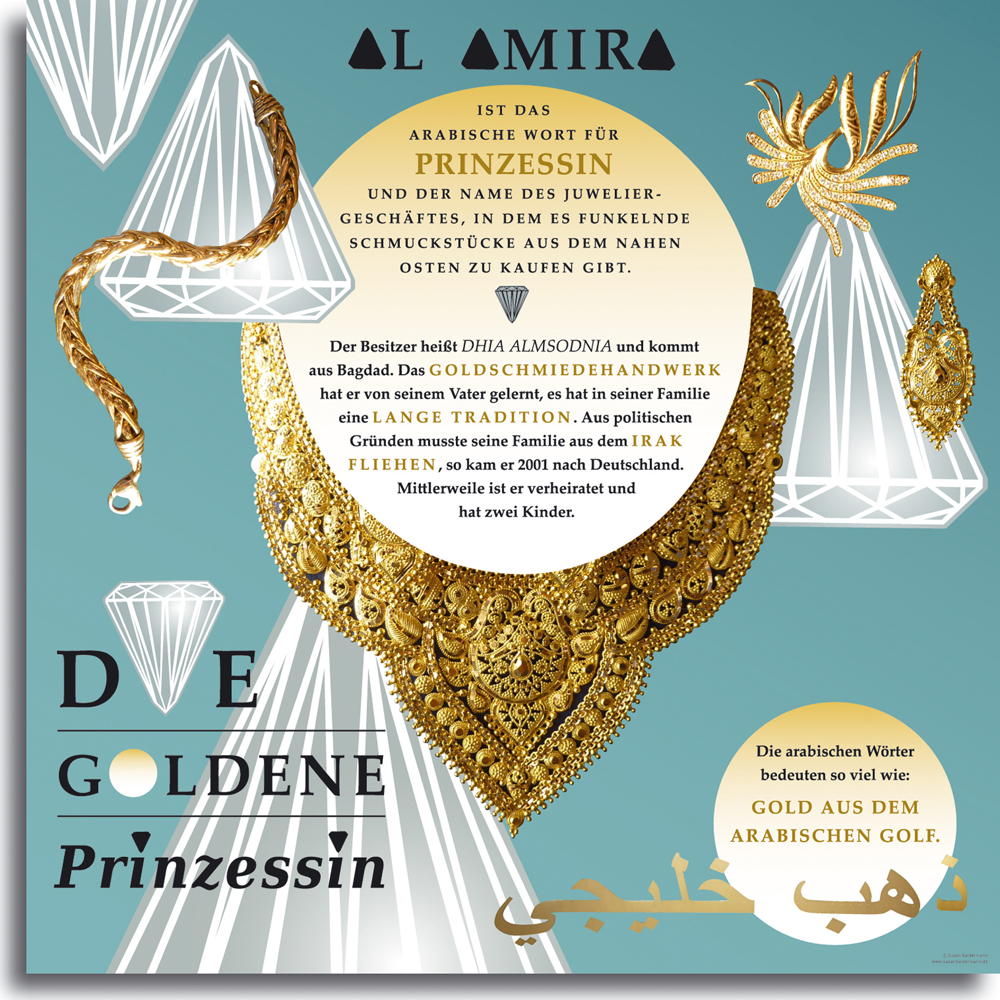 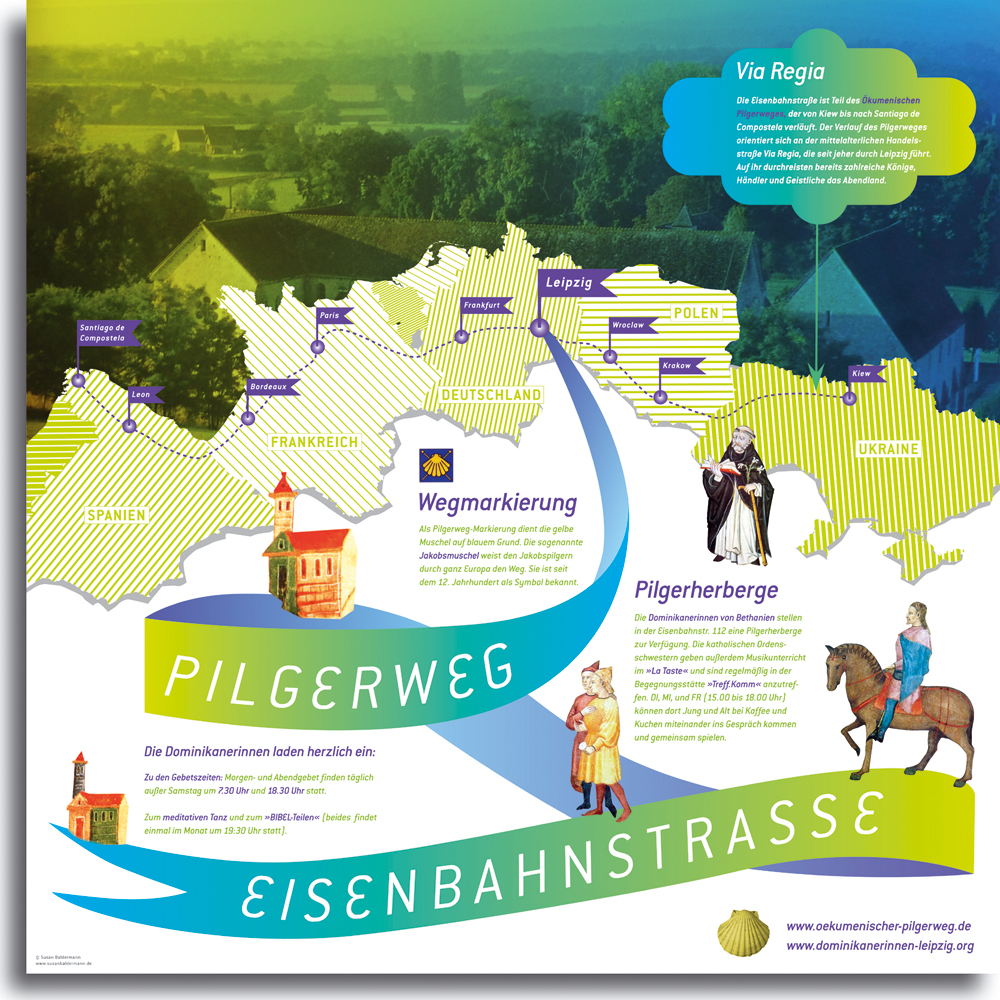 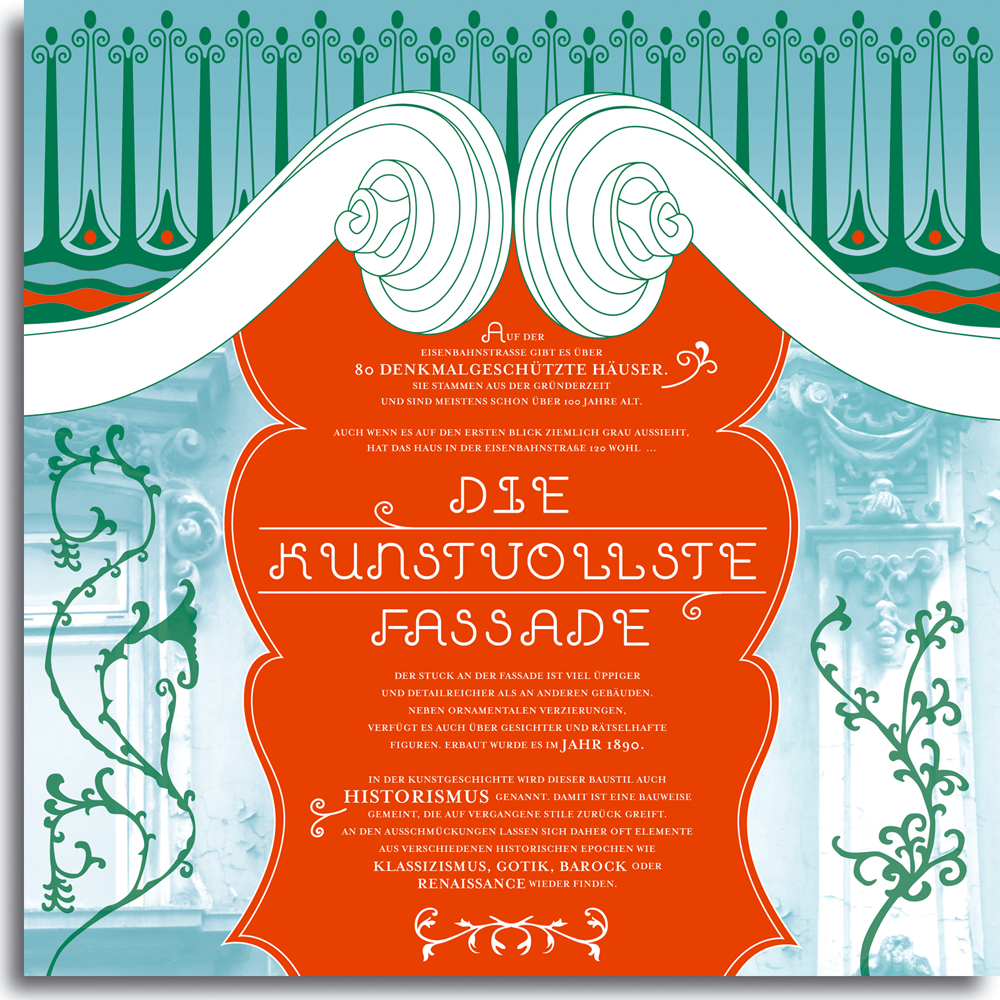 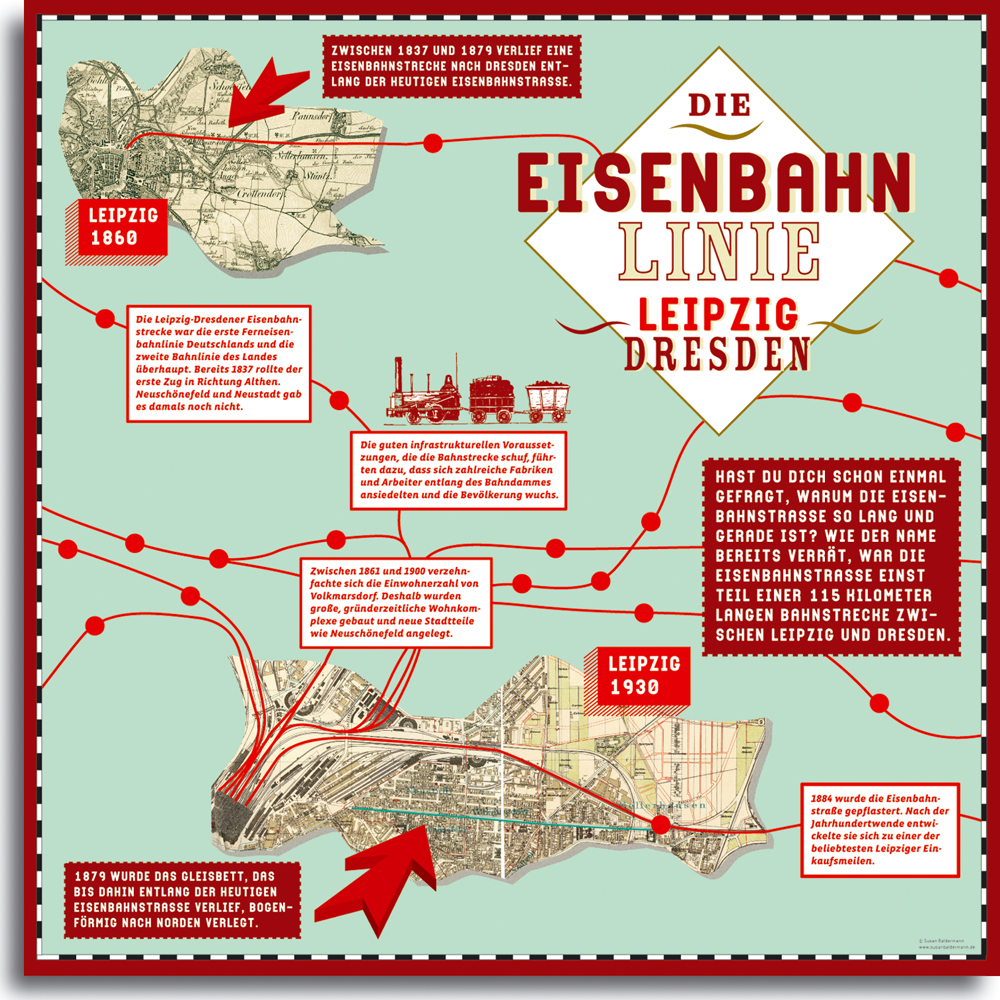 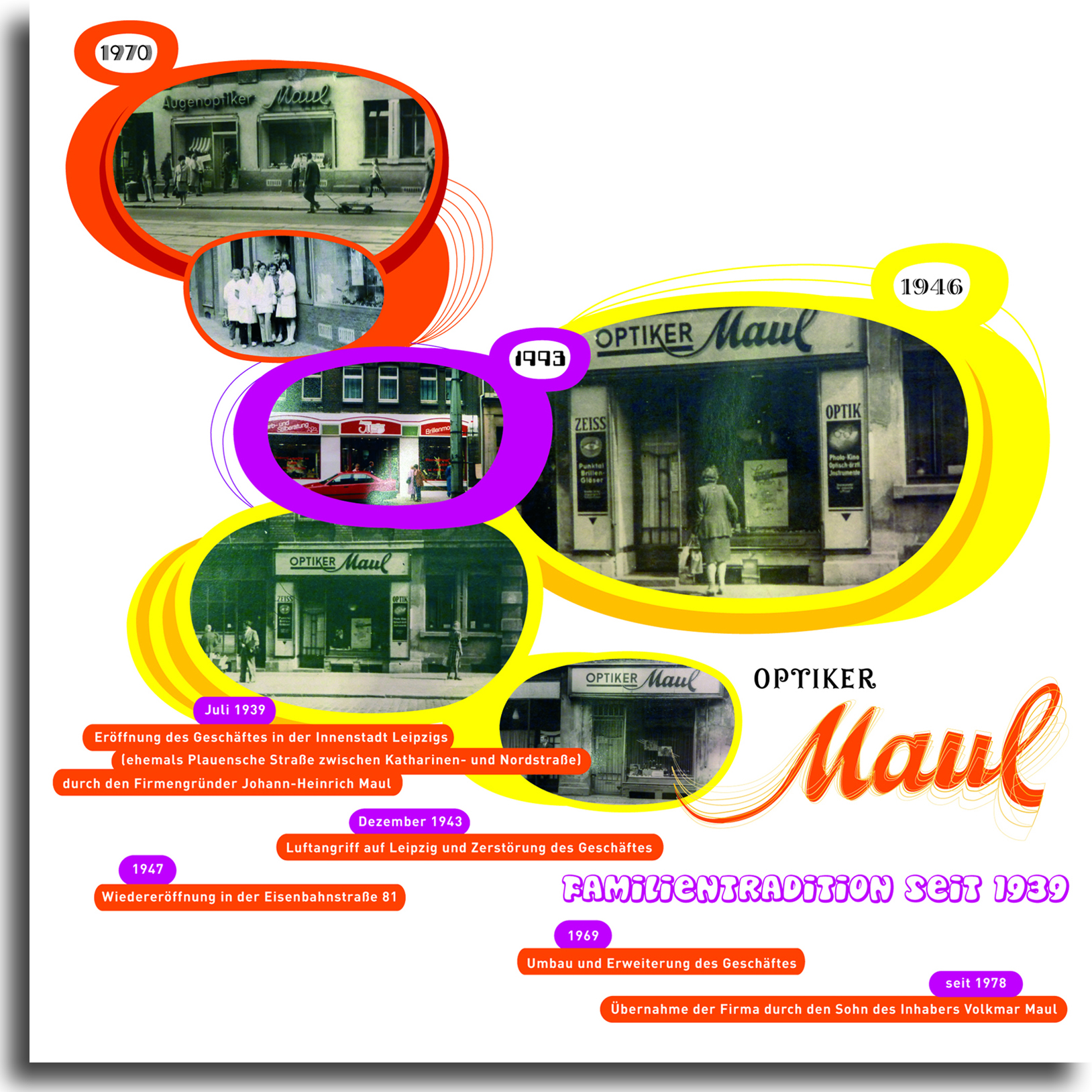 People had the opportunity to write comments with own thoughts and ideas for Eisenbahnstrasse at a public shop window or on the project website. 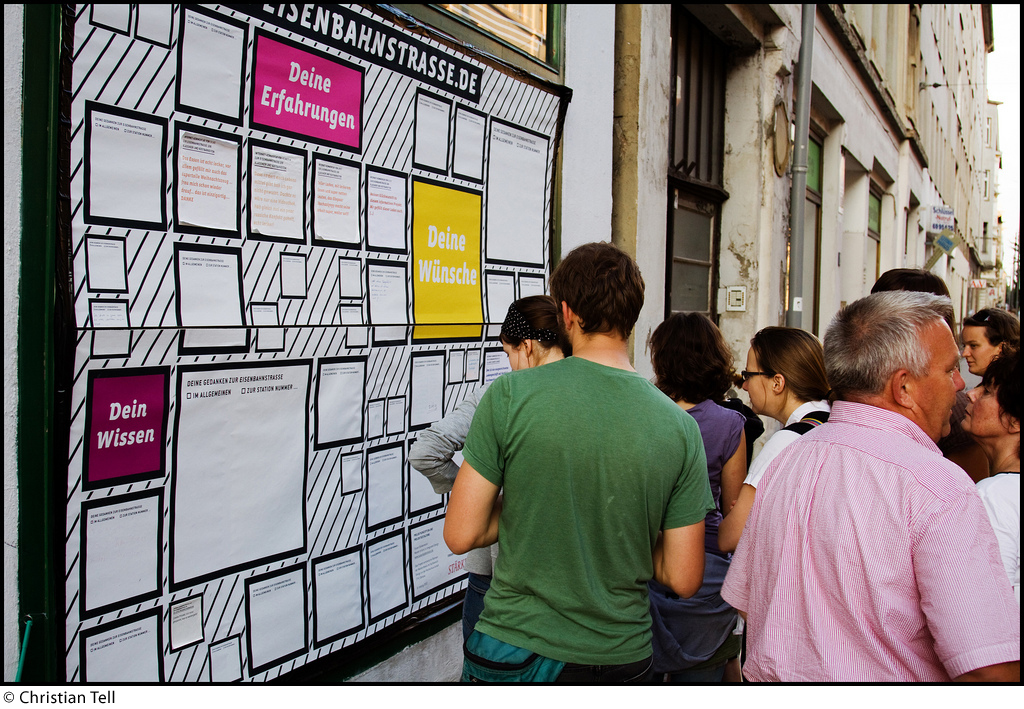 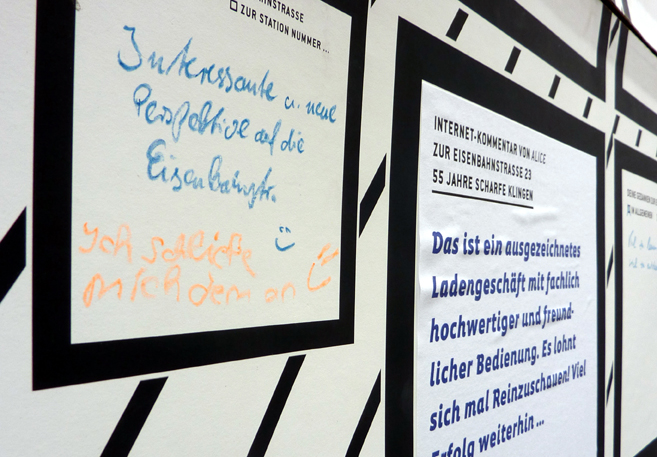 The Eisenbahnstrasse in Leipzig (Germany) is the street where I live. Since the German reunification, the area along Eisenbahnstrasse developed into a well-known social hotspot. Unemployment, drug abuse, and high vacancy rates are some of the problems the neighborhood has to struggle with. The ubiquitous problems seem to block the view to the potentials of the street.

I wanted to use the possibilities of graphic design to show another perspective on the Eisenbahnstrasse. My aim was to put the main focus on the current potential of the street and regional distinctions. Therefore I conceptualized a project that brings community of Eisenbahnstrasse into active involvement with its environment and strengthens identification of residents with their surroundings.

During the project, 16 single stations on Eisenbahnstrasse are presented with lighted showcases. The stations refer to the eventful historical development of the street and show cultural and intercultural specifics of the area.

This project was funded by the program »STÄRKEN vor Ort« that is co-financed by the European Social Fund and the European Union. Many thanks to »Interessengemeinschaft Eisenbahnstrasse e.V. – Die
Lo(c)k-Meile« for being project lead partner.